Arijit Singh is the most famous Indian singer. He was born on 25 April 1987 in Jiaganj, Murshidabad, West Bengal, India. Arijit’s father is a LIC Agent and his mother is Aditi Singh (Died of a cerebral stroke on 19 May 2021). Arijit has a sister Amrita Singh. He was married to his first wife Ruprekha Banerjee and after he is married to his second wife Koel Roy Singh. He has 3 children.

In 2005, He started his singing career by participating in the singing reality show “Fame Gurukul” at the suggestion of his guru Rajendra Parsad Hazar. Later, He participated in another reality show “10 Ke 10 Le Gaye Dil” he won that competition.

In 2019, He has awarded the “National Film Award” for “Best Male Playback Singer” for the song “Binte Dil” from the film ‘Padmavati. 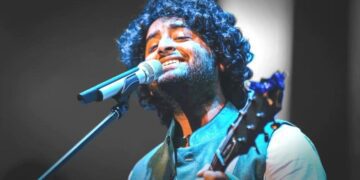 187. Shaayraana शायराना (Holiday A Soldier Is Never Off Duty) Lyrics