Lata started working as an actress at the age of 5 in her father’s musical plays in Marathi. In 1938, She made her first “Sastriya Sangeet” performance when she accompanied her father to a program at Nutan Sangeet Theatre in Solapur Maharastra.

In 1989, Lata has Awarded the “Dada Sahib Falke Award” by The Government of India. she was awarded the “Bharat Ratna” for India’s highest civilian honor and is only the second vocalist, after M. S. Subbulakshmi, to receive this honor. She is the recipient of three National Film Awards, 15 Bengal Film Journalists’ Association Awards, four Filmfare Best Female Playback Awards, two Filmfare Special Awards, Filmfare Lifetime Achievement Awards, and many more. 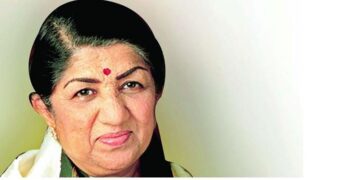