Sonu Nigam is the most famous Indian Singer. Sonu was born on 30 July 1973 in Faridabad, Haryana, India. He is the son of Agam Kumar Nigam (Singer) and Shobha Nigam. He has 2 sisters who are Meenal and Nikita (Younger). He was married to Madhurima Nigam on 22 February 2002. He has a son is Nevaan.

He gave his first performance on the stage at the age of 3 on the famous song is “Kya Hua Tera Vaada”. At the age of 10, Sonu made his debut as an actor playing the role of Young Shatrughan Sinha in the film “Taqdeer” in 1983.

He has been awarded “Haryana Gaurav Samman” by the Haryana Government. 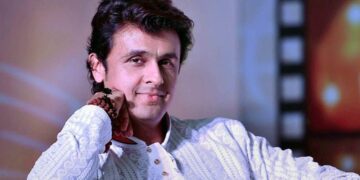