Shreya Goshal is the most famous Indian Playback Singer. She was born on 12 March 1984 in Murshidabad, West Bengal. She is the daughter of Biswajit Goshal (Electrical Engineer) and Sarmistha Goshal (Literature Post-Graduate). She has a brother is Soumyadeep Goshal. She was married to Shiladitya Mukhopadhyayya (Entrepreneur) on 5 February 2015.

She started learning music at the age of 4. In 1995, She won the “All India Light Vocal Music Competition” was organized by  Sangam Kala Group in New Delhi.

She won the famous singing reality show “Sa Re Ga Ma Pa” on Zee TV. And she has received a National Film Award, and a Filmfare Award for Best Female Playback Singer, and a Filmfare RD Burman Award for New Music Talent. 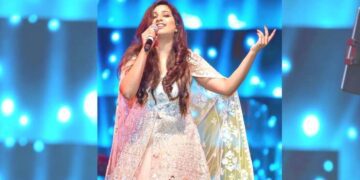