Mika Singh is an Indian Singer. He was born on 10 June 1977 in Durgapur, West Bengal, India. He is the son of Late Ajmer Singh Chandan (Musician and Farmer) and Balbir Kaur (State Level Wrestler). He has 3 brothers who are Daler Mehndi (Singer), Late Shamsher Mehndi, and Late Amarjeet Singh.

He started his singing career as a Kirtan singer. He is the first singer to have lent one voice to five actors in a song. Mika has debuted the song “Saawan Mein Lag Gayi Aag” which was a huge hit song. 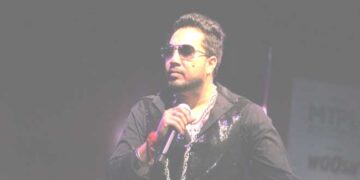 10. Baburao Mast Hai बाबूराव मस्त है (Once Upon A Time In Mumbai) Lyrics