Kishor Kumar is the most famous Indian Playback Singer, and Screenwriter. He was born on 4 August 1929 in Bengali Brahmin Family in Khandwa, Madhya Pradesh, India as Abhas Kumar Ganguly. He is the son of Kunjalal Ganguly and Gauri Devi. His 2 Brothers are Ashok Kumar (actor), Anoop Kumar (actor) and his sister are Sati Devi. 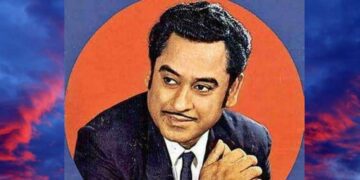