Vishal Dadlani is an Indian singer and Music Director. He was born on 28 June 1973 in Mumbai, Maharashtra, India. He is the son of Reshma Dadlani. He was married to Priyali Dadlani in 1999 (Divorce in 2017).
His favorite actor is Shahrukh Khan, his favorite musicians are Shaan, Raghu Dixit, Sunil D’ Souza, and his favorite Bollywood movie: Border.
Vishal started his career as a Vocalist in Mumbai. He has done appearance in the film “Om Shanti Om” in 2007 and “Tees Maar Khan” in 2010.
He is a supporter of the “Aam Aadmi Party”. 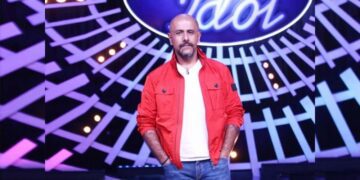 74. Vele Lyrics – Student Of The Year