Neeti Mohan is an Indian singer. She was born on 18 November 1979 in a middle-class family in Delhi, India. She is the daughter of Brij Mohan Sharma (Government Officer) and Kusum Mohan (Homemaker). She has 3 younger sisters who are Shakti Mohan(Dancer), Mukti Mohan(Dancer), and Kirti Mohan. She was married to Nihar Pandya (Actor) on 15 February 2019.

Neeti started singing training from Gandharva Mahavidyalaya, New Delhi. In 2009, She participated in the show “Music Ka Maha Muqqabla” on  ‘Star Plus’. Her first single song “Ja Ja”, was released in 2012. 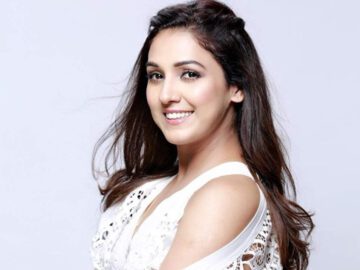