He has been awarded many awards, In 1987, President of Pakistan Awards” for Pride of Performance by Pakistan Government, In 1995, “UNESCO Music Prize”, In 1996, “Grand Prix Des Ameriques” at Montreal World Film Festival, and “Art Culture Prize of the Fukuoka Asian Culture Prizes”, In 2005, “Legend Awards” at UK Asian Music Awards. 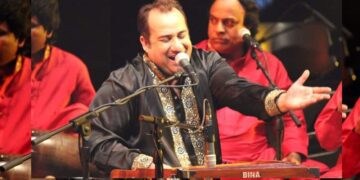 54. Tum Jo Aaye तुम जो आए (Once Upon a Time in Mumbaai) Lyrics