Nakash Aziz is an Indian singer. He was born on 24 February 1985 in a Muslim family in Mangalore, India. He is the son of Naushad Aziz and Shamshad.

He gave his first stage performance at the age of 3 on the song “Papa Kehte Hai”. Nakash started the stage shows with the bond “Bacchon Ki Duniya” When he was in 7th standard. In 2005, Aziz participated in the singing reality show “Indian Idol 2”.

Nakash is famous for his playback singing in the songs “Sari Ke Fall Sa”, “Fan Anthem”, and “Gandi Baat”. 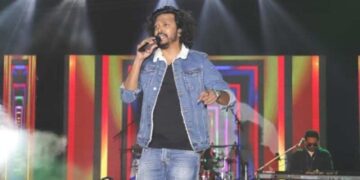