Tochi Raina was born on 2 September 1971 to Sahib and Surjit Singh, in Darbhanga, Bihar. He is a well-known playback singer in the Indian film Industry. Besides being a singer, he is also a composer and philosopher. He is popular in the Bollywood industry for his prominent works such as the songs Kabira, Saibo, Aali Re, and Maldar Ki Jeb, to mention a few. The music album ‘Tochinaamah’ consists of 3 songs – Saaiyaan, Jamoora, and Akela recorded by him.

He completed his schooling at the same school where his father was posted as a government employee in Nepal. He was privileged to grow up in a musically rich atmosphere as his grandmother, sister and many other members of his family have been into music.

Having come to Delhi, he started taking professional training in music under the tutelage of Pandit Vinod Kumar who was a student of Ustad Bade Ghulam Ali Khan, a famous Indian classical singer. In the journey of learning music, he has been a student of several Gurus who taught him more than just music. While learning and attaining knowledge of music, he found himself on the path of spirituality which led him to sing Sufi. Tochi Raina has embellished several seasons of Coke Studio with the talent of singing and one of his most popular songs is Rabba, which is composed by Amit Trivedi.

Tochi to become a Music Composer & playback singer came to Mumbai. In 2008, he started his professional career with Bulleshah in a movie titled A Wednesday. He has been associated as a Music Composer with a number of movies and albums such as Bezubaan Ishq, and Note Pe Chot to name a few. Presently he is active with his band “Band of Bandagi” and producing soulful Sufi music. His band’s first released album was Sufi Acoustica having 6 Sufi Songs in it.

Tochi is married and the father of two daughters, Harleen & Simran. 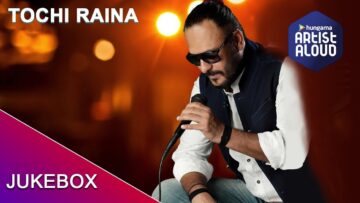