Born on 2 January 1983, Rupinder Singh or Gippy Grewal works as an actor, Singer, film director, and producer in the both Punjabi and Hindi film industry.

Grewal and his wife Ravneet Kaur have three children. His ancestors like many other Indians were from Pakistan.

Grewal debut album was Chakkh Lai produced by Atul Sharma and followed by other albums such as Aaja Ve Mitraa, Mele Mitraan De, Phulkari 2, and many more. With the release of these albums, he became famous among the masses.

In 2021, One of his albums “Desi Rockstar” produced by Aman Hayer was very popular among the masses and got him to the height of fame.

With the release of the Song” Angreji Beat” with Yo Yo Honey Singh, He became the star of every house. His music span from 2010-2014, has been the best for him and at that time he enjoyed the leading artist position in Punjab Music Industry. His song “Angreji Beat” was part of the Bollywood film Cocktail.

Grewal made a mark in his acting career by doing a supporting role in the Punjabi film Mel Karade Rabba in 2010. After that, he got a lead role in Jihne Mera Dil Luteya, it was a blockbuster movie in Punjab. His film Mirza-The Untold Story got the highest opening at the time of its release in April 2012.

In July 2012, His movie Carry on Jatta also had the second-highest opening at the time of its release.

In 2013, Grewal released several movies like the action film Singh vs Kaur, the comedy films Lucky Di Unlucky Story and Best of Luck, and the comedy movie Bhaji in Problem.

In 2014, he had an appearance in the film Jatt James Bond a thriller, and Double Di Trouble.
was his second film.

He dubbed a Punjabi version of A Good Day to Die Hard which was the first Hollywood. It was the first movie to be dubbed in Punjabi.

In 2015, Grewal made a mark in Bollywood by performing a guest appearance, Portraying the character of pop star Manjeet Manchala in a comic flick Dharam Sankat Mein. after that, he played his first full-acting role in Bollywood in the romantic-comedy film Second Hand Husband.

In 2016, With the launch of his first directional debut Ardaas, he opened his own production house Humble Motion pictures.

In September 2017, Gippy Grewal along with Farhan Akhtar acted in the Hindi movie, Lucknow Central.

In 2022, he opened a new production house “Big Daddy Films”. 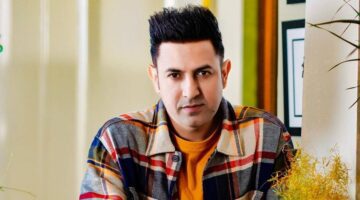