Clinton Cerejo is an Indian singer. He was born in Mumbai, Maharashtra, India. He is the son of Amar Haldipur (Engineer). He has an elder brother (Software Professional) and has a sister (Editor for Medical Journals, USA). He was married to Dominique Cerejo (Singer). He has 2 children.

Amar introduced Clinton to Anand Modak is the music director of the Marathi film “Mukta” and soon he was performing his first song in a recording studio. 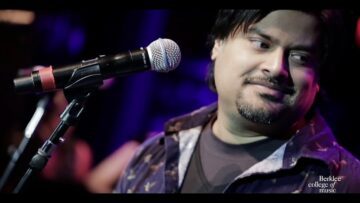