Sandlas, who was reared in Stockton, California, after being born in Jalandhar, Punjab, India, has always wanted to be a singer. “Muskan,” the debut song by Sandal, was a success in 2008. She debuted as a playback singer in Bollywood in 2014 with the song “Yaar Na Miley” for the movie Kick. When “Yaar Na Miley” was released, it quickly gained popularity and topped the charts. Sandals vocal technique received widespread praise, and she also won multiple accolades, including “A most popular song of the year 2016 – PTC Punjabi Film.”

A Lubana, Sikh family welcomed Jasmine Kaur Sandlas into the world in Jalandhar, Punjab, India. Her mother was the one who first introduced her to performing on stage at a young age. During her school years, she took part in numerous song competitions, and it was at that point that she was influenced by many Punjabi folk artists. When she was 13 years old, she moved to California with her family and was influenced by West Coast music. She didn’t start creating songs till she was sixteen.

Her debut song, “Muskan,” from the album “The Diamond,” was written by Lalie Gill and enjoyed tremendous popularity all over the world. She collaborated on the album “Gulabi” with rapper Bohemia in 2012. She began earning fame from the mainstream Punjabi music business following the release of the “Gulabi” album. Jasmine Sandlas released the single Punjab De Javak in 2015. 2008’s “The Diamond” underground CD marked the start of Jasmine’s career. Kick marked the start of her career as a Bollywood playback singer, for which she collaborated with Yo Yo Honey Singh on the song “Devil-Yaar Naa Miley.” 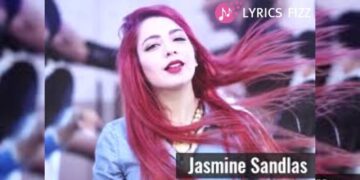