Himesh Reshammiya is the most famous Indian playback singer. He was born on 23 July 1973 in Mumbai, Maharashtra, India. He is the son of Vipin Reshammiya (Music Director) and Madhu Reshammiya (Housewife). He had an elder brother who died at the age of 11. He was married to his first wife Komal in 1995 and after his divorce (He got married at very early age 21), he was married to his second wife Sonia Kapoor (Actress) on 11 May 2018. He has a son Swayam.

His favorite actor is Salman Khan and his favorite film is “Dil Wale Dulhaniya Le Jayenge”.

In 1998, He started his music career in Bollywood by singing the super-hit song “Pyar Kiya To Darna Kya”. He has created a record of composing 36 hits in a single year. He was 16 years old when he dropped her study and work as a music director and T.V. Producer.

In 2003, His music for the film “Tere Naam” was one of the best-selling Bollywood albums.

In 2005, He has awarded the “Filmfare Award” for “Best Male Playback Singer” for the song ‘Ashiq Banaya Apne’. 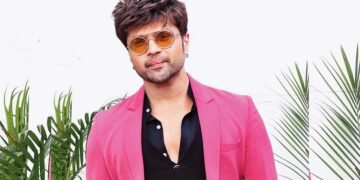