Garg was born in a Brahmin family at Tura, Meghalaya to Mohini Borthakur and Ily Borthakur. He was called after the music songwriter Zubin Mehta. His dad Mohini Borthakur is a poet and lyricist under the title Kapil Thakur. Garg pursued a degree in Bachelor of Science but dropped out to focus on his singing profession.
He got the most major break in Bollywood from the film Gangster where he sang the music “Ya Ali”. The film and the music were one of the most prominent hits of 2006. The song carried him the best playback vocalist Global Indian Film Awards (GIFA) in 2006. His next Hindi album Zindagi was unleashed in 2007 which was admiringly respected. Some of his discography pieces in various Indian tongues along with his diverse co-artists enclose Bollywood musicians Shaan, Sagarika, Shweta Shetty, Suneeta Rao, Alisha Chinai, Tarali Sarma, Bhitali Das, Mahalakshmi Iyer, Lata Mangeshkar, Asha Bhosle, Shankar Mahadevan, Zublee Baruah, Sonu Nigam, Diganta Bharati, Queen Hazarika, Debojit Saha, Shanta Uzir, Mitali Chaudhary, Raageshwari, Shweta Mohan, Deeplina Deka, etc. 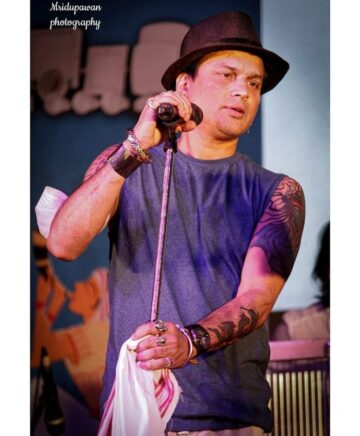