Farhan Sabri, a widespread name in the Bollywood initiative, grandson of Mr. Rafiq Ahmed, a renowned harmonium performer in Saharanpur, and his younger brother Mr. Haji Aslam Sabri, a renowned for qawwal. Reaching from a strong musical environment there is no looking back on his origins and passion for music. To add a feather to the cap, his dad Mr. Javed Sabri is a renowned table player and there starts his voyage in the era of music.

His instruction started at a very young age. His first guru Mr. Rafiq Ahmed who was very excited about making his grandson comprehend singing began with Sufi. Not every child gets to begin with a genre like this. Now we know where the base arrives from.

Farhan Sabri had ambitions to make it prominent in the music industry from the beginning. There was clearly no looking back on his ambitions. No second thought. So he shifted his base to Mumbai, a city where he knew he was pursuing his ambitions and eventually would be able to enter the industry. While pursuing his graduation in Mithibai, his knowledge still didn’t stop. He soon entered a western band where his voice culture for western music evolved.

The turning point of his musical profession was when Bajirao Mastani transpired to him. The well-known track Deewani Mastani and Aayat became his new identity. Awarded with Gima 2016, Mirchi Music Awards 2016, & Jubilee Awards 2016 for Deewani Mastani, Farhan’s voice was the latest talk of the industry. Thereupon came Neerja, and the track Gehra Ishq with Shadab Faridi and Shekhar Ravji, and Aave Re Hitchki from Mirziyaan. He’s passionately waiting for his songs to release soon. 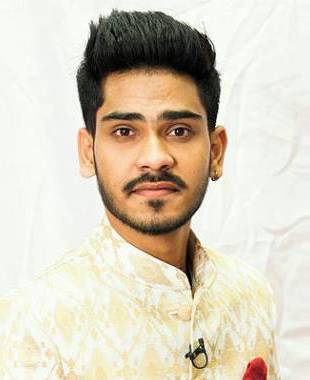