Bappi Lahiri is a popular Indian singer. He was born on 27 November 1952 in Sirajganj, Bangladesh. He is the son of Aparesh Lahiri (Singer) and Bansari Lahiri (Singer and Classical Dancer). He was married to Chitrani Lahiri. He has a son Bappa Lahiri (Music Director) and has a daughter Rema Lahiri (Singer). His favorite singers are Kishore Kumar and Lata Mangeshkar.

He has recorded in Guinness Book World record doing 33 films in a year. He was a Co-judged the popular singing reality shows like In 2006, “Sa Re Ga Ma Pa Li’l Champs”, In 2007, “Sa Re Ga Ma Pa Challenge” on Zee TV, and “K For Kishore” on Sony TV. 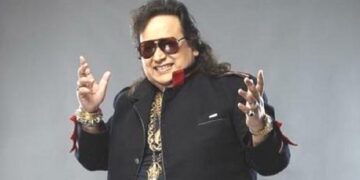