Antara Mitra is an Indian female playback singer and vocalist. She is 35 years old and was born on 10 April 1987 in Maslandapur, West Bengal, India, she is famous for her sweet voice in Bollywood. She came into the limelight after participating in the music reality TV show Indian Idol 2.

Personal details:
Mitra grew up with a music background family. Her father was a classical music teacher. She started singing when she was just three years old. She used to train to sing with his father’s students. She has done stage singing since she was six years old. Her favorite singers are Arijit Singh. Sonu Nigam and Mohit Chauhan  . And my favorite music Director is “Pritam”.

Music career:
To start her music career she participated in the music reality show “Indian idol” season 2 as a contestant. And she was successfully selected in the top 5 contestants of that season. But she didn’t win. Later, one of the judges of the show “Anu malik could offer to her a song to sing but she rejected it for some kind of problem.
She started her music career as a playback singer with the song “Loving You” with co-singer Sonu Nigam and under the music director of “Pritam’. But she fails to get recognized. She came into the limelight with the duet song of “Bheegi Si Bhaagi Si” from the film “Rajneeti” with co-singer “Mohit Chauhan” in 2010. After that, she sang many super hit songs regularly intervals such as “Mehrma” “Tera Mera Pyar” “Beshuba” “Sun Soniye” “Saree Ke Fall Sa” “Gerua” “Janam Janam” “Itni Si Baat Hai” “Ding Dang” “Fikar Not” “Dil Hi Toh Hai” and many more hit songs she sang in her career. 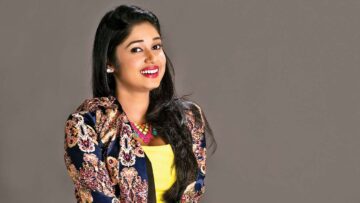