Salim Merchant was born on 3 March 1974, he was born in Mumbai he was inspired by his father Sadruddin Merchant, who used to lead Ismaili Scouts Orchestra in India. Steeped in a family tradition of music as the son of composer and veteran of the film industry Salim  Merchant, Salim mastered the piano at the Trinity College of Music in London while Sulaiman took up tabla training with such legends as Taufiq Qureshi and Ustad Zakir Hussain.

Salim has been composing music for over a decade having scored for movies such as Neal ‘n’ Nikki, and Chak De! India, Rab Ne Bana Di Jodi, and Fashion. The duo had also composed for many Indi-pop performers including Viva, Aasmaan, Shweta Shetty, Jasmine, and Style Bhai among others.

The songs composed by the great singer salim Merchant

The full name of this Singer, Music Director, Score Composer is Salim Merchant. People and his relatives often call him Salim. His nationality is Indian by birth. The hometown of this person is Mumbai, Maharashtra, India. He believes in Islam. The educational qualification of this person is Graduate.

Here we have gathered information about his professional life. Here we also provide the school name, college name, educational qualifications, and many others. He is started his career in

Salim Merchant Net Worth and Earnings 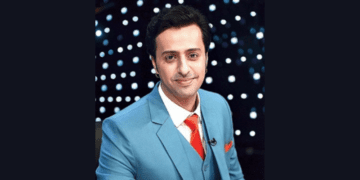