Jaya Kishori Ji is an Indian musician and spiritual orator who is famous for her motivational talks and religious albums. She is famous as Kishori Ji. Jaya Kishori Ji was born as Jaya Sharma on 13 July 1995 in Gaur Brahmin Family in Kolkata. She did her schooling at Shri Shikshayatan College and Mahadevi Birla World Academy in Kolkata. After that, she has done B.Com through Open Schooling.

At the age of 7, she sang in the Satsang for the first time, which was held during Basant Mahotsav at her locality in Kolkata.

Some Unknown Facts about Jaya Kishori 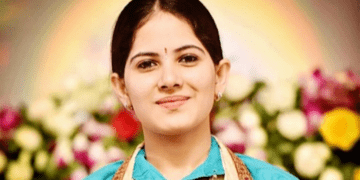