Bilal Saeed is a composer, music producer, and singer-songwriter from Pakistan. His singles “12 Saal,” “Adhi Adhi raat,” and “Teri khair mangdi” are his most popular. Additionally, it was included in the Bollywood movie Baar Bar Dekho.

In Sialkot, Pakistan, Bilal Saeed was born to a Punjabi Muslim family. He started off as a writer and composer of music. His 2011 breakthrough track, “12 Saal,” and 2012’s “Adhi Adhi Raat,” commonly known as the “Oooo meme song,” helped him become well-known.

He launched his debut album “Twelve” in 2012 and his latest single, “Mahi Mahi,” both of which were nominated for PTC Punjabi Music Award categories for Best Non-Residents Punjabi Album and Best Non-Residents Punjabi Vocalist. Dr. Zeus, Amrinder Gill, and Fateh were included on the record as well. The album’s lead track, “Khair Mangdi,” was a 13th Lux Style Awards nominee for Song of the Year. He initially recorded songs for a movie in 2013, including “Tauba Tauba” and “Rattan Chitian” from the Punjabi film Daddy Cool Munde Fool.

He and Roach Killa collaborated on the song “Lethal Combination,” which was released in 2014 by Beyond Records. BBC Asian Charts were topped by the song. Later in December 2014, he wrote a song in remembrance of the Peshawar Attack called “Maan” (Black Day Pakistan, 16 December 2014), in which he denounced the assailants of the APS School in Peshawar. In 2015, he also released the number-one hit on the iTunes Chart, “Kaash (A Wish).” In 2015, he made his Bollywood debut by working with Jeet Ganguly and Jaidev Kumar to create the soundtrack for the movie Ishqedarriyaan. He followed up “Paranday” with “Blah Blah Blah,” which featured Punjabi rapper Young Desi, in August 2016. In 2016, Karan Johar’s Bollywood film Baar Baar Dekho featured the remake of his song “Khair Mangdi.”

He made his Lollywood debut in September 2016 by writing the song “Chulbul” for the Pakistani film Zindagi Kitni Haseen Hay. In January 2017, Bilal Saeed released “No Makeup,” a new single that included Bohemia. In August of 2017, he and Young Desi jointly released another track titled “Twinkle Twinkle.” On November 3, specifically, he and Neha Kakkar released their second song, “Suroor,” in the beginning of the month. His 2012 song Adhi Adhi Raat contains a line that has since become a viral meme in 2019. Another single by Bilal featuring Momina Mustehsan, “Baari,” was released by One Two Records in November 2019. The follow-up to “Baari,” “Uchiyaan Deewara,” featuring Momina Mustehsan, was released in November 2020 by One Two Records 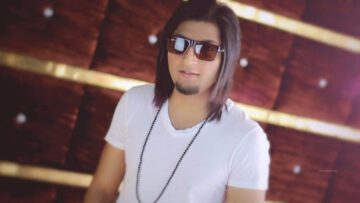