On August 28, 1978, Vineet Singh was born in Varanasi, Uttar Pradesh. He had a passion for athletics and competed nationally in basketball. A mathematician is his father. Despite Kumar’s desire, he was unable to enroll in the National School of Drama because of social expectations and parental pressure. He graduated first in his medical college and has CPMT certification. He received his Bachelor of Ayurveda, Medicine, and Surgery degree from RA Poddar Medical College and his MD (Doctor of Medicine) in Ayurveda from Government Medical College and Hospital, Nagpur, making him a qualified medical professional.
To take part in the Superstars Talent Hunt, Kumar traveled to Mumbai. One of the judges, actor-director Mahesh Manjrekar, handed him a part in the Sanjay Dutt-starring movie Pitaah after he won the competition. [17] Singh struggled to secure new parts after the film’s negative reception. Later, he assisted Mahesh Manjrekar as an associate or assistant director on movies including Viruddh (2005) and Deh. [18] [19] Singh stopped directing in 2007 to concentrate entirely on acting. He had a few minor roles in movies like Gori Tere Pyaar Mein and Isaaq and a few Bhojpuri serials before landing his breakthrough role in the Hindi-Marathi bilingual City of Gold (2010). He was chosen by filmmaker Anurag Kashyap for the character of Danish Khan in Gangs of Wasseypur after the movie. In 2013 he acted in Ugly and Bombay Talkies. 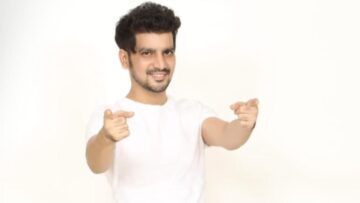