Swanand Kirkire is an Indian lyricist, assistant director, playback singer, writer, dialogue writer, and actor, both in television with Marathi and Hindi films.
KIrkire won 2 National film award for best lyrics,first in 2006 for the song “Bande Me Tha Dum…Vande Mataram” from the film Lage Raho Munna Bhai, and then in 2009, for the song “Behti Hawa Sa Tha Woh” from the film 3 Idiots. 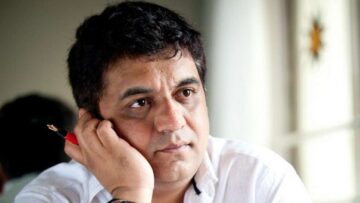