Shashwat Sachdev is a Music Composer from India. Born in Jaipur, Rajasthan, India. So far Shashwat Sachdev has worked in the Bollywood entertainment industry and his artwork has been released in Telugu and Hindi language movies and web series.

Shashwat started his career in 2011 in Hollywood, Los Angeles working on numerous projects before moving to India in 2016.

In 2017, he was the music composer for Phillauri, which starred Anushka Sharma and Diljit Dosanjh.

Trained in Hindustani classical music, music director Shashwat Sachdev is well-known for working predominantly in Bollywood. In the initial years of his career, Sachdev moved to Hollywood in 2011 and was part of a number of projects. His film credits include Phillauri (2017), Kaalakaandi (2018), and Veerey Di Wedding (2018).

Shashwat Sachdev is an Indian film Music Director/Singer/Lyricist, who has worked predominantly in Bollywood. Shashwat has worked in popular movies like Attack, and Uri. Shashwat’s previous film to hit the theatres was Attack in the year 2022. 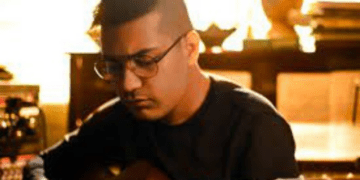