Sapna Mukherjee is a playback singer, who won a Filmfare award for her song “Tirchi Topi Wale” in 1989 as the best playback singer in Tridev. She started her career in 1986 with the help of music director Kalyanji Anandji. Who gave her a chance to sing three songs for the movie Janbaaz. Her breakthrough came in 1989 when she was chosen to sing “Tirchi Topi Wale.”For the movie Tridev. The song was a huge hit that year.

Sapna Mujherjee released her album entitled “Mera Piya”, which has several solo performances by her and a duet with the famous singer Sonu Nigam. She has even done the staging of live concerts in other countries like the U.S, Canada, and the U.K. She has also performed songs for leading Bollywood actresses such as Rekha, Dimple Kapadia, Sridevi, Madhuri Dixit, Juhi Chawla, Karisma Kapoor, and Raveena Tandon. 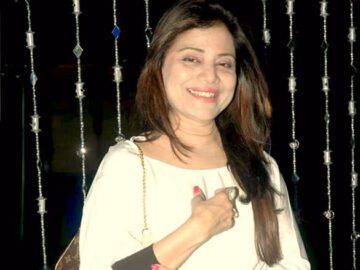