Pamela Jain, a Hindi vocalist, was born on 1 Jan 1970, in Kolkata, West Bengal, in a Bengali family. Right from her childhood, She got an artistic atmosphere in the family.

Her grandfather was renowned author Mr.Bimal Mitra, who wrote the famous novel “Sahib Bibi Aur Ghulam”, which inspired filmmakers to make films on its story.

Her parents Mr.Kamelesh Basu and Mrs.Shakuntala Basu were fond of music that’s why they were the ones who encouraged her to learn and practice classical music.

Right from a very young age, Pamela began to learn to sing professionally and even started performing in competitions. When she won her first award, she was only 7 years old.

It was Bhilai the state of steel in Chhattisgarh where she was brought up by her parents and she also continued her academic studies and music training there.

She took her Indian classical music professional training under the guidance of well-known Pandits Bimalendu Mukherjee when she was in Bhilai, and Aaskan Sharma when she was in Mumbai.

At the age of sixteen, she had her first taste of popularity when she began singing for a Raipur radio station.

At the age of sixteen, She had started singing for the Raipur Radio Station, and becoming popular among the people, and it was the very time when she tasted her first experience of popularity.

Winning “Adaab Arz Hai” in 1999 and “Meri Awaz Suno” in 1998 shows how brilliant She was in her profession. After that, she started her professional singing career in the film industry and achieved great fame in her life. Jain is not only a great singer but also a certified cost accountant and chartered accountant. That shows she was good in her academics too.

Pamela moved to Mumbai to pursue her long and cherished dream, and to establish herself in the film industry as a playback singer. After some struggle in Mumbai, she got her first lucky chance to perform a song for the film “Na Tum Jaano Na Hum” (2000) by music director Rajesh Roshan, and the song became a hit among the people, making Pamela famous as well.

After that, she did not stop in her career and started getting lots of chances to sing for well-known music directors in the film industry, including Oscar winners A. R. Rahman, Ravindra Jain, Anand Raj Anand, Sandesh Sandiliya, Lalit Sen, Sohail Sen, Jeet Ganguly, Pritam, and many regional music directors.

The list of her hit songs is very wide as two of them are “Haye ram” from Na tum Jano na hum and “Kahan pe meri Jaan jaoge” from Calcutta Mail.

Soon, She started expanding her list of achievements and one of them is the honor of working with the Oscar-nominated director Ashutosh Gowarikar for his films, “What’s Your Raashee?” and “Khelein Hum Jee Jaan Sey”.

There are many superstar actresses like Rani Mukherjee, Deepika Padukone, Esha Deol, etc, for whom she has sung a number of hit songs.

She has the talent to sing songs not just in Hindi but also in Oriya, Bhojpuri, Punjabi, Marathi, and Bengali. 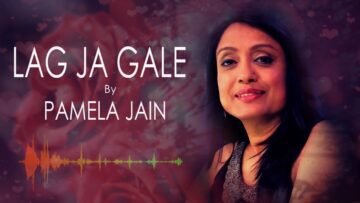