Narendra Chanchal was the most famous Indian Singer. He was born on 16 October 1940 in a Punjabi family in Nanak Mandi, Amritsar, Punjab, India. He was the son of Chet Ram Kharbanda (Businessman) and Kailash Vati. He had six brothers and one sister. He was married to Namrata Chanchal (Lyricist) on 2 February 1972. He has 2 Sons who are Siddharth Chanchal aka Bobby and Mohit Chanchal aka Appu Chanchal and has a daughter Kapila Puri.

He learned music from his Guru Prem Tikha in Amritsar. Slowly, Narendra started his music company by the name of Club Paradise and after some time he changed its name to Paradise Enterprises.

He was used to visiting the Mata Vaishno Devi shrine every year on 29 December and used to perform there on the last day of the year on 31 December.

His song is very famous “Beshak Mandir Masjid Todo” from the film ‘Bobby’ in 1973. He sings the last song of his life “Kitho Aaya Corona” in 2020.

He was awarded many awards in different years, In 1993 “Filmfare Award” for ‘Best Playback Singer”, In 1990 “Raj Kapoor Memorial Award” for his contribution to the Indian Music Industry and Shobana Award for ‘Best Stage Artist’. 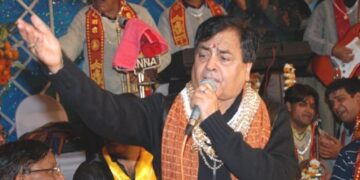