Narayan Swami was a saint and hymnist. He was a native of a village near the city of Bhavnagar in the state of Gujarat in the western part of India. After his retirement, he lived in the ashram in Mandvi, Kutch. His real name was Shaktidan Mahidan Langavadarva, and after spiritual awakening, he was known as Narayan Swami. He has sung the Amritvani of saints like Meera Bai, Kabir Ji, Ganga Sati, and Narasimha Mehta Sitar Sai Bhakt Mooldas, and he has emanated the spiritual world from Santwani.

Being a saint and a renunciate soul, he was a preacher and has sung hymns and santwani with a selfless spirit for public welfare. He has sung 300 to 400 bhajans which is a sign of complete spiritual knowledge. Narayan Swami died in Mandvi Ashram in 1999. His samadhi is still located there. Due to the greatness of Swami Narayan, people consider him as God. This saint gained fame not only in the country but in the whole world. 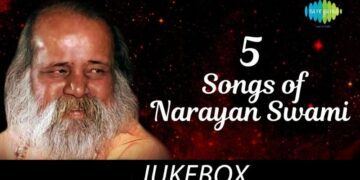