Manohar Shetty, an English-language poet from Goa who was born in 1953, is regarded as one of the most well-known Indian poets.

His work can be found in several anthologies, including The Oxford India Anthology of Twelve Modern Indian Poets edited by Arvind Krishna Mehrotra, and anthologies edited by Eunice de Souza, Vilas Sarang, and Jeet Thayil. He has been a Senior Fellow with the Sahitya Akademi, the Indian academy of arts and letters.

Manohar Shetty was raised in Panchgani and was educated in Bombay. After earning his degree from Bombay University, he started a career as a journalist.

The “chronology of modern Indian English poetry” is said to include Shetty’s poetry as its whole. His poetry is said to celebrate “the dark,” be filled with “sepulchral images,” and have a mood that is primarily one of helplessness and sluggishness. 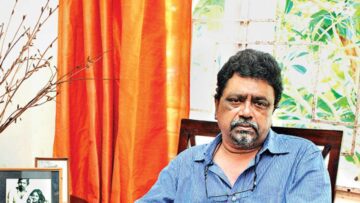