Madhuraa Bhattacharya is a famous playback singer. She was born on 17th March 1991 in Kolkata, West Bengal, India. Her father’s name is Shri Tushar Kanti Bhattacharya M.A.(Mod. Hist.), LL.B belongs to the Higher Judicial Service.. Apart from his career as a Judge, her father is also a celebrated Writer, such as a Novelist and Radio Play Writer the All India Radio.

Madhuraa chose a career in music without hesitation because she was born into a musical family (her mother is the daughter of a great vocalist Shri Sadhanananda Misra and the granddaughter of a lovely singer with a hypnotic voice quality, Santimoyee Debi). She completed high school in 2008 with first-division grades and good marks. Later She enrolled in Rabindra Bharati University to get her bachelor’s degree in music stream. She got the best grade in the three-year Honors in a music degree program.

Madhuraa was picked for an All-India Music Competition “Sitaron Ko Choona Hai” that is presented by Miditech in Real Channel in January 2009, along with 11 other candidates. She was required to stay in Delhi for up to 5 months. She underwent voice lessons from renowned vocalists such as Prasant Samadhar, Anant Vaidyanathan, and Neha Bhasin throughout her stay for grooming and regular broadcast competition. She came in second place at the Grand Finale. Meanwhile, Madhuraa created history when she was named an All India Radio authorized performer in 2009 for the Ghazal, Bhajan, Shyama Sangeet stream. The All India Radio elevated her to B-High in the Shyama sangeet and Bhajan stream in 2014. 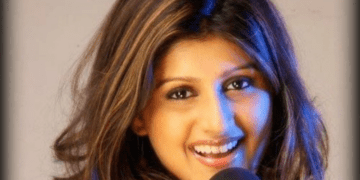