Gajendra Verma (born 20 April 1990) is an Indian musician, songwriter, lyricist, and sound recordist. He came under the limelight when he declared that his song, titled “Emptiness”, also known as “Tune Mere Jaana”, which he had penned seven and a half years earlier, circulated on the internet with a bogus empathetic story of a dying IIT scholar called Rohan Rathore. The song was considered over 40 million times on YouTube. His 2018 music, Tera Ghata, has around 450+ million YouTube views 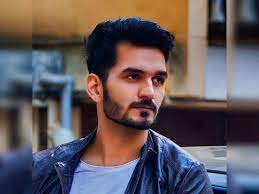