Fazilpuria is a Hindi and Haryanvi singer. His real name is Rahul Yadav. His village name is Fazilpur that’s why he changed his name to the unique name “Fazilpuria”. His date of birth is 10 April 1990, he is 32 years old(till 2020). His birthplace is Fazilpur Jharsa Gurugram in the state of Haryana.

Education:
He completed his schooling at Ajanta public school, Gurgaon. He graduated with B.Tech from Ansal institute of technology in Gurugram.

Personal Life:
He belongs to a very rich family. Fazilpuria family details are Yet To be Updated. But it is sure that his father is a businessman in Gurugram. His wife’s name is Himani and they got married in 2016. Rahul Yadav has Hobbies to collect and driving sports cars and bikes. He is also interested in singing especially Haryanavi songs.

Music career:
His first debut album song is coming with Famous singer Badshah’s song named “ Chull’ in 2014. From his first song He got too much fame. Because of his unique style of singing and amazing lyrics. After the first song achieved a milestone, Fazilpuria very soon released his second album “2 Many Girls”. After that he could not stop, he released too many hits albums songs one by one such as “jimmy choo” “Kisan anthem” “million dollar” “Haryana roadways” and many more “pallo latke” is the newest song of Fazilpuria. 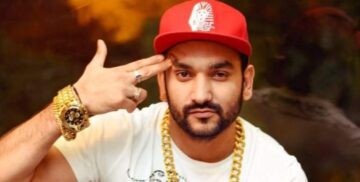