Divian Fernandes is best known as or popularly known as his stage name Divine. Vivian aka Divine is an Indian rapper (Hip-hop/R&B/Pop), songwriter, actor, and performer from Mumbai, Maharashtra, India. He is the founder of a Mumbai based crew gang and a music label for the underground rappers community called Gully Gang and he also runs a music label on the same name Gully Gang Entertainment.

Divine is one of the best Indian rappers in this Era. He got famous from 2019 Zoya Akhtar’s Movie Gully Boy, which was based on Mumbai street rappers biography based on Divine and Needy The Baa their own struggle life story.

Divine was born on 2nd October 1990 in Andheri, Mumbai, Maharashtra, India. He was born in an orthodox conservative Christian family and he hails from a lower-middle-class poor Christian family. He raised up alone in chaws area/slum area in J B Nagar Andheri Mumbai without his family because his father leaves his family in his early age and his mother’s worked in Qatar for their livelihood.

Net worth and salary

Some songs composed by Divine

Some fact about Divine 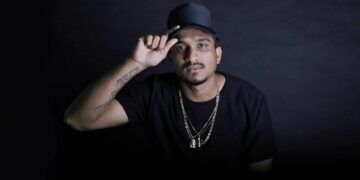