Chetan Shashital was born on 1968 in Mumbai, India, commonly known as Chetan Sashital or The Big C for his expertise in the voice-acting industry) is an Indian musician, actor, and voice actor, and She is mainly identified for performing dubbing in the film industry.

He lent his voice to many animations, for local Indian shows. He has also acted in Hindi-dubbing for foreign productions, such as Baloo the Bear from Talespin and The Jungle Book 2, and also for Genie from Disney’s Aladdin, which was dubbed and circulated on Disney Channel India in 2005. 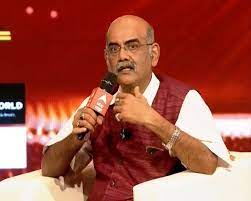