Bickram Ghosh is the famous Indian Tabla Player. He was born on 20 October 1966 in Kolkata, West Bengal. He is the son of Shankar Ghosh (Tabla Maestro) and Sanjukta Ghosh (Classical Vocalist). He was married to Jaya Seal in 2004. He has 2 sons who are Aadit Ghosh (Elder), Arav Ghosh (Younger).

Bickram’s favorite singer is Kishore Kumar and his favorite composer is R.D. Burman.

In 2016, He has awarded the “GIMA Award” for Best Pop Song of Saiyyan Bina. 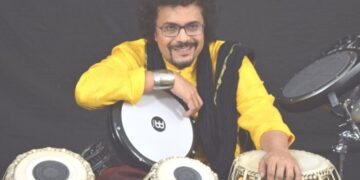