Babla Mehta is an Indian Hindi language playback singer in India he is an audio engineer from Delhi. He was born in Delhi (Now New Delhi). His previous film (as music background) to hit at the box office was Aamir khan’s starrer “Dil Hai Ki Manta Nahin” in the year 1991.

Personal life:
He has been fully interested in singing and music since his childhood and he decided to become a singer in his childhood. His father’s name was Inderjeet Mehta and his mother’s name was Raj rani Mehta. Babla hails from a non-musically middle-class family. But his father, who was an ordinary banker, was a great fan of manna dey’s music. Babla developed his interest in music from his father. But after seeing his family’s condition. His family’s financial condition was not good. Soo after completing his graduate degree he decided to do a job as his father does. But he always knew that music is my career. That’s why he started live music shows part-time. At a show once, the great musician “Gulshan Kumar” fortunately presented at his show. He noticed his talent and offered to sing a song for us. Babla was ready and he quit his banker job.
Thus began his music career journey.

Music career:
He started his career as a playback singer with a duet song with “Lata Mangeshkar” song “Tere mere hoton pe” in 1989. This was the first song of Babla Mehta in Hindi film career. Before that he used to sing with Gulshan Kumar as a supporting singer in bhajan’s not in any film. Very soon he gets a chance to sing with great music directors Nadeem-Shravan, Rajesh Roshan, Bappi Lahiri, Anu Malik, etc. Some of the blockbusters in “Chandani”, “Jeene Do” “Sadak Chhota Sa Ghar” and “Pyar Ka Rog” and he lent his voice to many more movies.

His some bhajan’s such as; 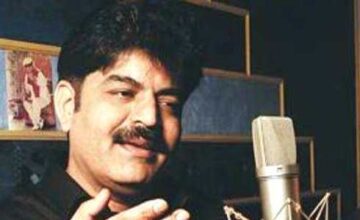