Akhil is an Indian-Punjabi singer and also a lyricist, music composer, and Performer. He is famous for his sweet voice singing. He is 31 years old born on 2nd October 1990 and his birthplace is Nurmahal, Jalandhar Punjab. His Punjabi song “khaab” is the most popular song even in foreign countries. He got recognized in foreign countries for his song.

Education:
He completed his schooling at “Doaba Arya Senior Secondary School, at his birthplace Nurmahal” after He got his master’s degree in music arts from APJ college of arts at Jalandhar.

Music career:
He get interested in singing after listening to famous Punjabi singer Manmohan
Waris. He started his career to release his first single song “Muradaan ” in 2014 but he didn’t get any good response from fans. After that, he released one more song “Supne ” this time he got some responses but not as well. After these two average songs, he decided to leave the singing and shelter in Canada, But his visa got rejected two times. Then, he did again come back in 2016 with the song of “khaab” which made an amazing superhit song of the year in India and in overseas countries also. He came in limelight with the song of ‘khaab” then in the same year, he collaborated with mani Sandhu for the song of “Gani”. And next year he again released his single hit song “Life”. He made his Bollywood debut in 2019 with recreating his own song khaab into “Duniya” was recorded for the film “Lukka chuppi. Akhil gave a lot of hits songs one by one such as, “Teri kami” “Makhaul” “Zindagi” “Beautiful” “rukh” “Rang Gora” and “Deewana’ and many more. 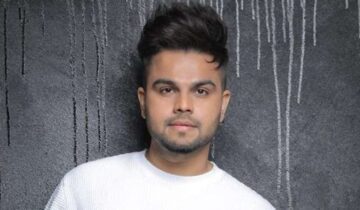