Yashita Sharma is an Indian musician established in Mumbai. The first runner-up in Zee TV’s singing reality show Hero Honda SaReGaMaPa Challenge 2009, her discography contains tracks such as Gallan Goodiyan from Dil Dhadakne Do (2015), Chaandaniyaan from 2 States (2014), and Phir Wohi from Qaidi Band (2017).

Her profession in Gujarati movies, with hits like Pankhi Re (Sharato Lagu) and Mahuva (Suryansh), has earned her a household name. Apart from her music profession, Sharma is concerned with the rescue and adoption of stray dogs and other animals. She also adores cooking, particularly baking, and if not for music, she would have become a chef. 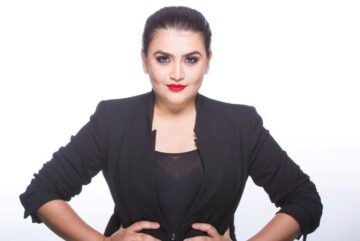