Vijay Prakash is an Indian playback singer and music composer. He gives his voice in almost all film industries in India, including Hindi film, Bollywood industry,  Tamil, Telugu, Kannada, and Malayalam languages. He is one of the artists from 4 singers in the superhit song  “Jai song”.

After moving to Mumbai, in 1996. He started learning music from “Suresh Wadkar”,  In  1999 he participated in the Sa, Re, Ga ma pa singing artist Reality show This show was Hosted by one of the great singing artists “Sonu Nigam”. He also participated in a copy of this Sa, Re, Ga, Ma Pa show in the Kannada language. He made his Bollywood debut with the great composer A.R Rahman for the song of Baaz film. After that he got one more song to sing. was in Ashutosh Gowariker’s Swades, followed by the same composer’s Tamil title track for the movie New. He got limelight from the Music fans. After releasing his song “Kavite” in Kannada movie Gaalipata too became famous he sang many songs in different languages. “Kandhon Se Milte Hain Kandhe”, “Fiqrana”  “Salaam Rocky Bhai” from the film of K.G.F Chapter 1 “Jai Ho” “Dil Ki Hai Tamanna” his recent song is “Raamam Raaghavam” from the movie of RRR which is directed by S.S. Rajamouli. 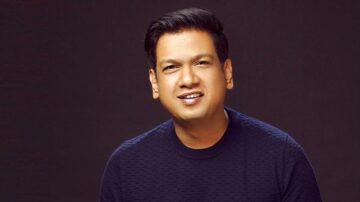