Vidhi Deshwal is a young haryanvi singer from india. She was born on 8 february 2002. In village Ghilaur, District Rohatak, Haryana. She is a 20 years old young rising singer from haryana. She is famous for her bhajan song “Bata mere yaar sudama re”.

She completed his 12th standard form Dr. Swaroop singh govt. Model sanskriti school. From the village of sanghi. She hasn’t completed Graduation yet.

She is also known as ‘Sudama girl’ and her Hobbies are singing, dancing and writing.

She became popular with her first song “Bata mere yaar sudama re”  this is actually a haryanvi folk song which was released on 4th february 2017. This folk song has spread all over the world and it breaks many records. After that Vidhi got some song offers to sing, like “Karmo ka khel”, “Ghamand ki pahchan”, “Sukh-Dukh’, “Aaja Nand Ke Dulare Rove Akeli Meera” and many more folk songs. 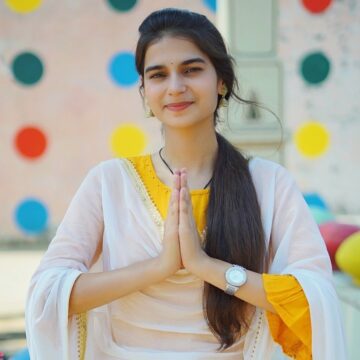