Vicky Kajla is a very famous model and singer. He is from Haryana. He was born on 14 October 1988 in Salida, Jhajjar District, Haryana, India. He is 34 years old. He is also known as Prashant Kajla. He always sings the Haryanvi songs. He sang lots of songs but he has some famous songs such as DESI DESI NA BOLYA KAR, BADLI BADLI, etc. everyone likes his songs and because of his songs, he got famous. He made his debut in Haryanvi songs with the song Desi Rehen De.

Vicky Kajla belongs to the Hindu jat family. His fathers’ name is Om Prakash kajal and his mother’s name is not known yet. He has a sibling and his name is mintu kajla. If we are talking about Vicky kajal education he has completed his b.sc Kurukshetra university and later he completed his MSC University of Delhi.

After completing his studies he started his career with a private job. Later he did work with his big brother mintu kajla who is a producer in the haryana music industry. He got fame with the song desi desi na bolya kar song. He has also worked with Sapna Chaudhary.  He is the haryanvi star who is nominated for the ptc award. 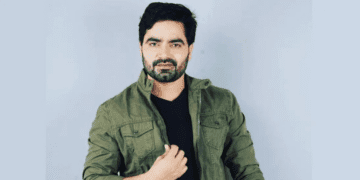