He gained popularity through his YouTube channel, known for his singing videos.One of the most hit songs “Jinko hai Betiyan”, “Pati Se Patni Hai Mallika”, “Papa Aap Bahot Yad Aayein” is the most viewed song on his YouTube channel and his song on ‘Maa and papa’ has also been a super hit on his channel. His most famous album is “Yahi Duayein Hai Tere Janamdin Par”. 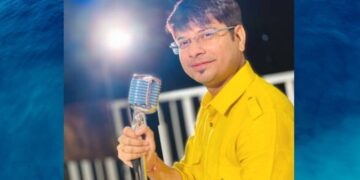