Chitra Kamaraj, also known as V. J. Chitra and Chithu, was an Indian actress and anchor who lived from 2 May 1992 to 9 December 2020. She made her hosting debut in Vilayadu Vagaisoodu on Makkal TV in 2012. She made her acting debut in 2013’s Saravanan Meenatchi, the most-watched show on Star Vijay. She then gained notoriety for her portrayal as Mullai in the Tamil soap opera Pandian Stores, and she made her acting debut in the movie Calls (2021). On December 9, 2020, Chitra was discovered dead in Nazarethpettai.
Chitra Kamaraj was born in Chennai on May 2, 1992. She was a television host before she made acting her full-time profession. Actress Raadhika contacted Chitra after seeing her host a television program with an opportunity for her to appear in Chinna Papa Periya Papa (2016) by Radaan Mediaworks alongside veteran actors Nirosha and Nalini. Because of the popularity of the series, she decided to audition for other programs including Saravanan Meenatchi and Velunachi. Chitra played the audience-favorite character Mullai in Pandian Stores; following her passing, Kaavya Arivumani took over the part.
On 09 December 2020, Chitra was found dead in his hotel Chennai’s Nazarethpettai room and the suspected cause of death is suicide. 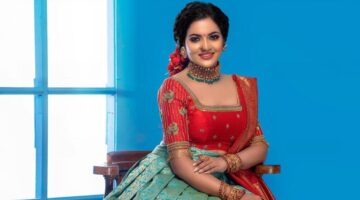