Trupti Pandkar is a Bollywood singer who was raised in a middle-class naval family and was born in Pune in the year 2002. Trupti has a deep love for singing that dates back to her early years. She participated in the first season as a contestant. The arbitrator was Anu Malik. Trupti doesn’t talk much about herself and is highly confident in her abilities. She lets her job do the talking. She is one of those extremely sophisticated individuals that is trapped in their environment. She has been learning to sing for some time and has a wonderful voice. She works with Sanjeev, Saurabh, Abhay, Hrishikesh, and Jasraj, a group of five men. Sanjeev Pandkar, the band’s founder and guitarist, Trupti Pandkar, Saurabh Bhalerao (drummer), Hrishikesh Datar (guitarist and pianist), Jasraj Joshi (guitarist and bassist), and Abhay Nayampally (vocalist Wasabi). The Hard Rock Café in Mumbai refers to them as the Pune Regulars. Their catchphrase is “chilling.” They provide twice-weekly performances at Pune’s “Not Just Jazz by the Bay” and “Soul ABC Farms,” which move the audience to tears. They consist of two bands, Newbreed and Wasabi, excluding the vocalists. Lambi judai and Round midnight are two of Trupti’s songs that gained popularity. Her other songs include Hero, Range of Arts, Round Midnight, and If I ain’t had you. The two songs “OH, MY BUDDHA” and “I WILL BLEED” were written by Trupti Pandkar, Hiroshi Tokieda, and Tea. They were included in this outstanding album, which was just released in October 2017. 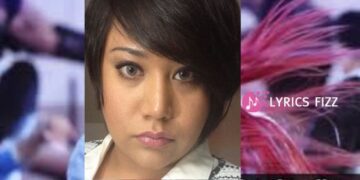