Toshi Sabri is an Indian playback singer and music composer. He belongs to the Sabri family of Rajasthan. Toshi Sabri was born on 4 July 1984 in Punjab. But after his birth, his family settled in Jaipur, Rajasthan. Sabri belongs to a musical family. He started taking music lessons at a very young age. His brother Sharib Sabri is also associated with the music world.

Toshi started his career with the blockbuster hit song Mahi Ve from the film Raaz – The Mystery. Apart from Hindi songs, he also does playback singing in Tamil and Telugu songs. He has also appeared on many Reality TV show singing contests Amul STAR Voice of India (Fourth Position), “Ustaadon Ka Ustaad” and “Jo Jeeta Wohi Super Star”. He lent his voice to Waqt Ki Dhoop in Dabboo Malik’s film Kisan. Apart from this, he has worked with many veteran music directors of Hindi cinema. He works with his brother and his name is sharib sabri .

He was born into a Muslim middle-class family. His father’s name is Ustad Akram Sabri and his mother’s name is not available. He has a younger brother named Shaarib Sabri, who is also a singer & music director. He & his brother work together in the entertainment industry.  On 11-01-2014, he married Amna Ali.

Toshi Sabri Net worth in Rupees 2021 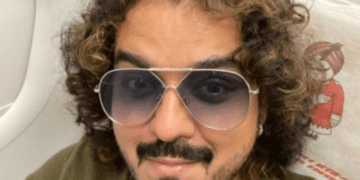