Sukriti Kakar is an Indian born singer who was born on 8 May 1995 in New Delhi. Kakar studied Arts at Mithibai College and was a B.M.M student at R.D. National College. Since the very beginning, Kakar has grown up in a musical environment. Her mom has trained in Hindustani classical music for a very long time and was a music teacher at Balbharti Public School in Delhi for a long time. Her elder sister Akriti Kakar is also a playback singer and her twin sister Prakriti Kakar, who is also a playback singer, realized her love for music at the age of 8 and started her career with “Katra Katra” in Alone 2015.

Sukriti began her career with the title song of Boss in 2013, which was composed by Meet Bros Anjjan. Her next song was from the movie Hum Hain Rahi Pyar Ke 2013 title track. She next appeared in the track “Goti Song” from the movie Nasha 2013 with Akshay Deodhar and her twin sister Prakriti Kakar.

The songs sung by the famous women singer sukriti kakar

Sukriti Kakar is a very popular Singer and SongWriter known for her amazing songs. She is also a Youtuber. Mostly she shares her fashionable outfits and modeling photos over her own Instagram account. The full Name of Sukriti is Sukriti Kakar and people call him Sukriti. She is Hinduism by religion and Her Zodiac sign is Taurus. Sukriti looks very- very beautiful and pretty and also she has very beautiful and glowing skin. She has a huge following on Social Media. Sukriti has over 445K Instagram Followers and 11.3 K subscribers on her youtube channel.

Hobbies of Sukriti Kakar are Making Singing Videos, Song Writing, and Dancing. She also loves listening to the song and Acting.

Some Facts of Sukriti Kakar 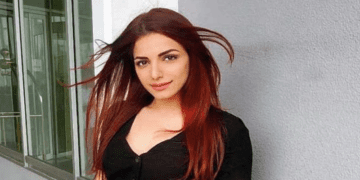