Sudha Malhotra was born in New Delhi and raised up in Lahore, Bhopal, and Firozpur. She is the most senior of 4 siblings – Arun, Vijay, Kiran, and herself. She did her graduation in theme from Agra University.
Malhotra was found as a child artist by Ghulam Haider (a prominent music director of the 1940s). She debuted in the film Arzoo. She withdrew from the movie industry in 1960, following her wedding to businessman Giridhar Motwani (whose family owned the Chicago Radio Mike Company). She recorded for a few albums in the ensuing years, including for Jagjit Singh’s In a Mood of Love. She even lent her voice in Raj Kapoor’s Prem Rog in 1982.

Some of her widespread Marathi songs are (Bhavgeet) – “Shukratara Mandwara”, “Haat Tuza Haataat” and “Divas Tujhe he Fulayche”, all duets with Arun Date. She had 264 songs in 155 films. 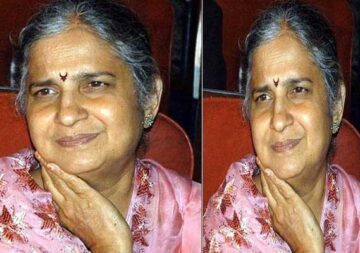