Sofia Carson was born Sofia Daccarett Char on 10 April 1993 in Fort Lauderdale, Florida. Her Parents José F. Daccarett and Laura Char Carson used to live in Barranquilla, Colombia but later moved to Florida. Sofia is one of the most famous American actresses and singers.

She started her career on television by giving a guest appearance on the Disney Channel series Austin & Ally. In 2015, She appeared as Eve and get recognition, it was the main character, the daughter of the evil queen, in the Disney Channel Original Movie, Disney’s Descendants. she also repeated her performance in its two sequels.

Carson has performed in many blockbuster movies as she starred in the movies Adventures in Babysitting (2016), Tini: The Movie (2016), A Cinderella Story: If the Shoe Fits (2016), and Songbird (2020). Sofia also acted as Ava Jalali in the Freeform drama series Pretty Little Liars: The Perfectionists (2019).

In 2015, Carson started her musical career with the release of the soundtrack album for Descendants, and it was the same year when she released the single “ Rotten to the Core”.

In 2001, Sofia acted as Dorothy from the “Wizard of Oz” in her childhood for her first musical production at the Riviera Theatre in Miami. Just after one year, she got admission into the University of Miami’s Musical Theatre Summer Intensive, where she got training in dance and singing, and also got to perform in many musicals throughout the summer.

She has also participated in many popular National Dance Competitions, some of them – Star power, Onstage, and Hall of Fame, and bagged top performance awards in different categories like dance, vocal performance, musical theatre, and acting. Her school was St. Hugh School and she completed her graduation from Carrollton School in Miami.

In 2012, Carson launched herself in the music industry after registering with B.M.I. As far as her acting career is concerned, She started in 2014 in “Austin & Ally,” on Disney Channel, where she performed a guest appearance. In the same year, She acted in the movie “Descendants” a Disney Movie, and also performed on the Descendants soundtrack which topped the Billboard 200. Her single version “Rotten to the Core”.also reached the Billboard 200 charts.

She also performed on the soundtracks of Descendants 2 and Descendants 3 soundtracks which attained position 6 and 7, respectively, on the Billboard 200. In 2016, She starred in the movie “A Cinderella Story: If the Shoe Fits.”

She released her first single ‘Love Is the Name,’ after signing with Hollywood Records in April 2016.

Carson showed her brilliance by balancing her successful career well in film and music. In 2017, she issued another single named “Back to Beautiful”, and her official music video on YouTube “Back to Beautiful” which was composed by Julia Michaels.

Carson started focussing on pop singles after releasing the tracks like “Miss U More Than U Know” and later in 2021 “Fool’s Gold,” and she kept on releasing her albums like she released EP Leave Your Heart on the Dance Floor in 2021, and in march 2022, it was the year when she issued her important debut studio album titled Sofia Carson.

In August 2019, she added one more achievement to her list when she was designated as the first Global Ambassador of the Latin Grammy Cultural Foundation to advocate, promote and create awareness of the foundation’s mission and its educational programs. 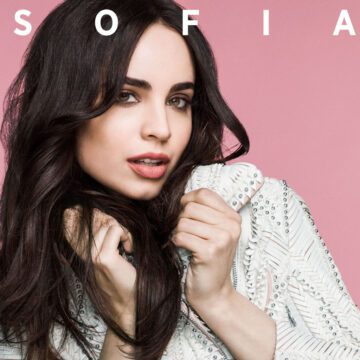