Shazia Manzoor is a Pakistani playback and folk musician. She is best known for her song, “Chann Meray Makhna”.

She is a famous musician in Pakistan and India; and among the Punjabi diaspora. Shazia Manzoor sings mainly for the Punjab industry. She sang different Punjabi folk songs and Punjabi Sufi poems. She also occasionally sings Urdu songs. 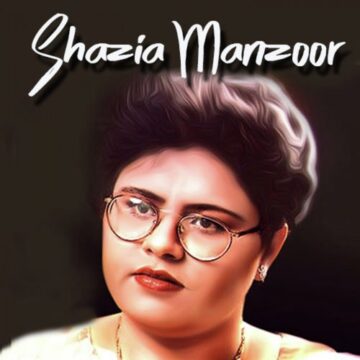